“Fermion” is a remote-controlled robot designed, built, programmed and maintained by a group of Victoria high school students.

The students from Mount Douglas Secondary School, Victoria High and the Pacific School of Innovation and Inquiry are part of a local robotics team called FIX-IT 3491.

The team is fine tuning their robot for the FIRST Global Championships in Houston, Texas on April 19 to 22.

“We work with new mechanisms and programs that we have and update our strategy for each competition” said Simpson.

128 teams from around the world will be competing in the three-day tournament.

The Victoria team is one of only two teams from Canada to quality for the championships.

The top award will be given to the overall best team based on robot design and performance, as well as community outreach, engineering skills and teamwork.

“You get your robot to do autonomous things during the match,” said team member Guy Stoppi. “You can program really cool things into your robot which we’ve tried to do this season.”

It’s not just about tech and robots – the students also learn valuable life skills from being on the team.

“We work on everything from time management to team building,” said coach Christine Nicholls. “We talk about how to source parts and how to fundraise.”

The team’s talents have garnered sponsorship from several local technology companies and organizations, including Codename Entertainment.

“We need the next generation of students to get excited about working with technology in the future,” said Codename Entertainment CEO Eric Jordan. “Cool robots is a great way to do that.”

The team is raising funds to cover their competition expenses through the FIX-IT 3491 team website. 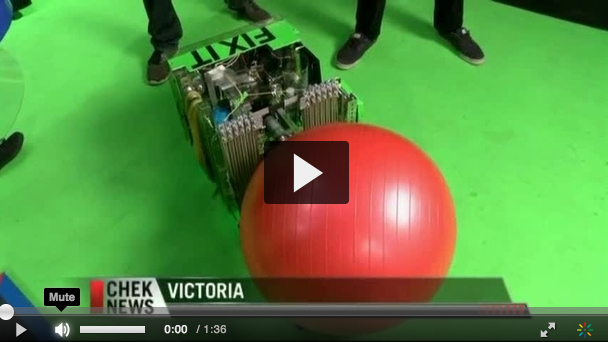