About The ALLELES Design Studio Ltd.

The mission of The ALLELES Design Studio is to provide fashion-forward and accessible prosthetic covers for amputees. Being influenced by the eyeglass industry, ALLELES uses a design approach to transform prosthetic cosmesis from a medical device into a new stream of fashion. While the prosthetic industry’s priority lies in regaining functionality, the ALLELES' priority lies in fulfilling an emotional need by regaining confidence through self-expression.

Co-founders, Ryan Palibroda (background: art/architecture) and McCauley Wanner (background: industrial design/ux/fashion) launched their products online through www.alleles.ca in October 2013. Creating an online store has allowed their prosthetic covers to be accessible to amputees worldwide, making it one of the first products in the prosthetic market to be available direct to consumer. 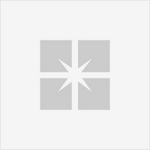